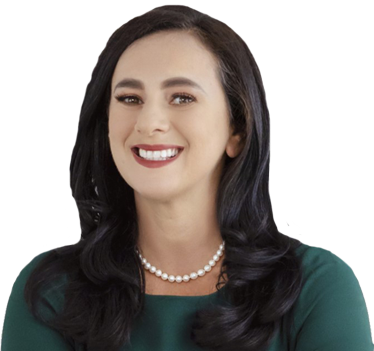 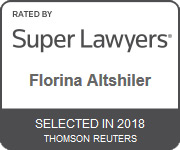 Florina Altshiler is the lead trial attorney and a partner with the Buffalo, NY office of Russo & Gould LLP, where she specializes in the defense of large loss casualty matters. Her practice also includes medical malpractice, construction liability, general negligence law and criminal defense.

Florina served as a prosecutor for the State of Alaska, where she handled the prosecution of all levels of crime through jury trial. She successfully prosecuted dozens of cases through verdict, including violent felonies and sexual assault. During her time in the Special Assaults Unit, she focused on felony-level crimes against children and sex crimes as well as homicides.

Expand All
Practice Areas
Insurance Coverage Litigation
Construction Accident Liability
Child Victims Act & Sexual Misconduct Coverage & Defense
General Property and Casualty Liability
Education
J.D. from St. John's University School of Law, 2005
International Studies Certificate from Binghamton University, 2003
B.A. in Psychology from Binghamton University, 2002
Experience
Florina's experience includes over a decade of litigation: criminal prosecution; civil defense and plaintiffs' side; the defense of complex medical malpractice cases and all aspects of insurance claims, including premises liability and automobile and construction accident litigation.
Additionally, she has served as a judge at national and state level mock trial competitions for high schools, colleges, and law schools. She continues to serve as an arbitrator for the Civil Court of the City of New York and is also a Certified Federal Mediator for the Western District of NY. She also teaches Continuing Legal Education courses through the Defense Research Institute, the Erie County Bar Association, ClearLaw, Lawline, Defense Trial Lawyers Association and the NYS Women's Bar Association on topics including litigation and trial technique.

2004 CALI Excellence for the Future Award in Criminal Trial Advocacy

Lawline's Top Women Faculty List - 2020, 2019, 2016
Memberships
Florina served as the coach to the West Anchorage High School Mock Trial team, bringing them to the National tournament two years in a row, and as a legal advisor to the Anchorage Youth Court.

Florina offers legal commentary throughout the country and has been quoted by the Miami Herald, the Chicago Tribune, Sports Illustrated, NBC Sports and the NY Post. She is published in the New York Law Journal and the Buffalo Law Journal. She appears regularly on the ABC affiliate-WKBW, Channel 7, to offer legal commentary on the evening news. She has also appeared on CNN, the NBC affiliate-WGRZ, Channel 2, CBS affiliate News 8 Rochester, and Time Warner Cable News. She is routinely quoted by the Buffalo News and has been interviewed by Dr. Drew for KABC Los Angeles.
Speaking Engagements
Erie County Bar Association
National Ski Patrol
North Buffalo Organization, Board Member
New York Legal Assistance Group, Associate Board Member
Crisis Center, Rape Crisis Counselor
​Federal Mediator Western District of New York Panel

On May 12, 2015, a suspect who attacked an NYPD officer with a hammer was shot by police in the middle of the day, on a crowded Midtown Manhattan street. There were multiple eyewitnesses to the incident. Almost all of the witness reports were incorrect. Several people inaccurately reported that the police officers shot an unarmed man while he was on the ground and handcuffed. The incident was recorded on surveillance video, documenting the suspect attacking one of the officers with a hammer and that officer''s partner then shooting the man while he was in the midst of the attack.

One wall is adorned with uniform patches gifted to her from various law enforcement organizations she worked with as a prosecutor. Another boasts a mix of commendations and media profile...

On July 11, 2019, at 2 p.m. Florina Altshiler will be presenting a CLE course entitled "Insurance Coverage for Sexual Assault Claims"

On July 11, 2019, at 2 p.m. Florina Altshiler will be presenting a CLE course entitled "Insurance Coverage for Sexual Assault Claims"