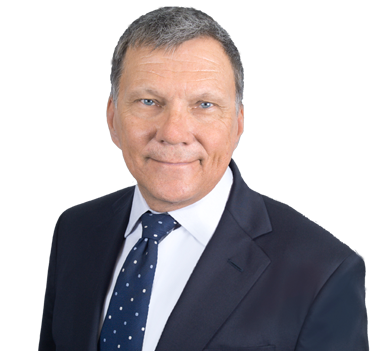 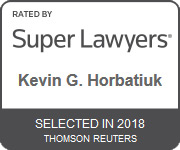 Kevin acts as Qualified Officer for Cigna Life Insurance Company of New York. In addition, he is on the approved panel of outside counsel for JP Morgan ChaseBank, NA, Target Corporation, Lancer Indemnity Insurance Company and various Managing General Agents for National Trucking Companies and Insurers.

He has been retained to represent numerous national self-insured accounts in personal injury, property damage lawsuits and trucking accident cases as well as to provide pre-litigation services concurrent with the happening of a catastrophic event.

Kevin stays involved in the community, giving back to his alma mater, Fordham, by lending his wide range of legal knowledge to Fordham's Mock Trial team. He also leads the Yonkers Paddling and Rowing Club, and is a member of the Diversity, Equality and Inclusion Committee for the American Canoe Club's Camp at Lake Sebago. He successfully completed training with Billion Oyster Project and now is a Community Scientist and Steward of their Oyster Research Stations ( ORS ) located in New York Harbor and adjacent waterways. Kevin monitors the health and growth of the oysters in the ORS that are accessible via kayak.

Kevin Horbatiuk received a favorable decision for our client in the case Cohen v. Life Insurance Company of North America, in the United States District Court for the Southern District of New York (Civil Action No. 17 CV 9270) from District Judge J. Paul Oetken.

NYPL Section 265.03(3), Criminalizing the Possession of a Weapon, is Unconstitutional. Here's How Defense Attorneys Can Fire Back.

Buffalo Police pull a vehicle over. The license plate is out of state. Officers approach and inform three African Americans inside a turn signal was missed. The driver has a prominent neck tattoo. He presents his Learner's Permit. The front-seat passenger, his girlfriend, presents her driver's license and paperwork for the just-purchased, out-of-state vehicle. The officers walk back to their patrol car. On a body camera, one officer can be heard saying, "They have a gun. I just know it. We need a reason to search." Quickly, an officer realizes that the young lady's driver's license is expired, making the learner's permit insufficient. "Yes, we got 'em," exclaims an officer. "We have our reason to search."

Kevin Horbatiuk Spends Day with Heroes on the Hudson

Russo & Gould Partner Kevin Horbatiuk spent his weekend on the Hudson River with Heroes on the Hudson and the Wounded Warrior Project. Kevin and members of NYC Kayak Clubs helped provide a day of fun on the water to former servicemen and servicewomen. All enjoyed a beautiful day of kayaking, sailing, and being together.